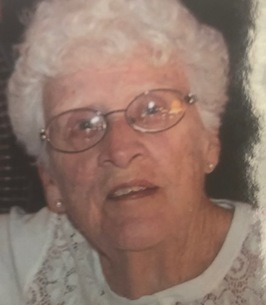 Memorial Candles Lit for Joan | SEE ALL
Light a Candle
"We are honored to provide this Book of Memories to the family."
— Castiglione Funeral Home
Funeral Details Memory Wall Photos & Videos Send Flowers

Print
Joan S. Lewis, 85, died peacefully at her home in Greenwich on Sunday October 21, 2018. Joan was born in Stamford, CT on December 3, 1932, the youngest of five children to Margaret and Arthur Swinnerton. A graduate of Stamford High School and Stamford Hospital School of Nursing she began her career as an RN in the maternity ward at Stamford Hospital. After the birth of her third child Joan took time off to raise her children returning to work when they were older. She spent over 40 years working in the allergy field for Dr. Fitzgerald, Dr. Redmond, and Fairfield County Allergy and Asthma. Joan was predeceased by her husband Richard, with whom she was married for a loving 33 years, her parents, and her five brothers and sisters (Alice Chard, Dorothy Hutchinson, Margaret Palmer, Muriel O’Brien, and Arthur Swinnerton). She is survived by her five loving children: Richard (Alisa) of Old Greenwich, Margaret (Mark) of Milford, Thomas (Michele) of Westfield, MA, James (Jennifer) of Wilton, and Robert of Greenwich. She has 12 grandchildren and two great grandchildren. The family will receive friends at Castiglione Funeral home, 544 Old Post Rd #3 in Greenwich on Thursday October 25, 2018 from 4 pm to 8 pm. A Mass of Christian burial will be held at St. Mary’s on Greenwich Avenue at 10 am on Friday October 26 with burial to follow at St. Mary’s cemetery on North Street. I lieu of flowers the family asks that donations be made to ALS. ALS-TDI,300 Technology Square, Suite 400, Cambridge MA, 02139.

To send flowers to the family of Joan S Lewis, please visit our Heartfelt Sympathies Store.

We encourage you to share any memorable photos or stories about Joan. All tributes placed on and purchased through this memorial website will remain on in perpetuity for future generations.

DG
Peggy,
I remember all the family meals I got to be a part of. Your mom always invited me over. She laughed at me when I pulled the left side chrome off of my dad's car coming up your driveway on the rocks, and I got stuck! She made me feel better about it and I wasn't as scared to tell my dad. She was a wonderful mom. My thoughts are with you and your family during this difficult time. My condolences - Debbie Giuliani-Summa
Debbie Giuliani - Sunday October 28, 2018 via Condolence Message
Share This:

WF
Thinking of all you all. - Cliff & Sue Woods
Woods Family - Thursday October 25, 2018 via Condolence Message
Share This:

Rick and Family,
Our sympathies to you and your family.
Sincerely,
Ehret's, Brea's, Malchow's, Garguilo's and Conte's

HG
Dear Peggy and Family,
My thoughts and prayers are with you all.
May all of the wonderful memories you share give you comfort and peace.
Love, Helen
Helen German - Wednesday October 24, 2018 via Condolence Message
Share This:

We have fond memories of Joan and family gatherings at the Lewis house. We hope your memories and each other bring you comfort at this difficult time.
Claire, Ken, and Steve Swinnerton and family - Tuesday October 23, 2018 via Heartfelt Sympathies | Order flowers in memory of Joan
Share This:

CK
My thoughts are with you all during this sad time. I am hoping that you are remembering all the good times and love that you shared with Joan.
Chris Kochiss - Tuesday October 23, 2018 via Condolence Message
Share This:

I'm so sorry to hear about your loss. My thoughts will be with you and your family during this very difficult time.

JK
Much love and prayers to you and your family, Peg, during this difficult time. xoxo

My thoughts and prayers are with you and your family during this difficult time. May the memories of the good times you shared with your mother be with you always.

JO
Dear Jenn, Jim and family,
We are very sorry to learn about the passing of your mom. She was an amazing and beautiful woman. Treasure all of the family memories you made. Sending a big hug. xo
Jim & Karen O'Brien - Tuesday October 23, 2018 via Condolence Message
Share This:
1 2 next page >>
Page 1 of 2
Share
×

Thank you for sharing!

Provide comfort for the family by sending flowers.

Or use your email:

Provide comfort for the family by sending flowers.

Connect with families at their time of loss. By subscribing to email updates, you will receive two daily updates containing all new stories, photos, candle lightings, condolences, and more.