To share your memory on the wall of John Collins, sign in using one of the following options:

To send flowers to the family or plant a tree in memory of John Collins Jr., please visit our Heartfelt Sympathies Store.

We encourage you to share your most beloved memories of John here, so that the family and other loved ones can always see it. You can upload cherished photographs, or share your favorite stories, and can even comment on those shared by others.

With deepest condolences, your Media Storm family, Dennis Donnelly and The Sinclair Media Networks Te, and other have sent flowers to the family of John Collins Jr.
Show you care by sending flowers

Posted Jul 01, 2019 at 06:06pm
To the family of Mr Collins. God will bless you for being so open and candid in sharing the story of your son and his struggle with ED. Having almost lost a niece to anorexia, and now watching a colleague's family be afraid to directly confront the problems of a family member, I know just a fraction of what you have suffered. Your honesty will save lives and comfort many families. He was obviously a remarkable young man candour grief must be intense. I hope that knowing you are having an impact eases your pain even just a bit.

Posted Jun 28, 2019 at 05:14pm
Dear John and Monica We all keep you in our hearts and in our prayers during this very difficult time.

Flowers were purchased for the family of John Collins. Send Flowers

Posted Jun 28, 2019 at 08:24am
Dear Collins Family, I am so sorry very for your loss. I have such fond memories of John and will remember him for his kindness and beautiful smile. 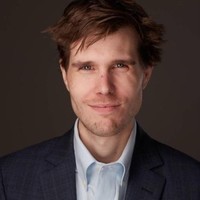