To share your memory on the wall of Erich Peter, sign in using one of the following options:

Provide comfort for the family of Erich Peter with a meaningful gesture of sympathy.

After graduating from Greenwich High School, Erich earned a degree in Engineering at the University of Bridgeport and a Masters in Engineering from UCONN. He was also the President and Owner of Happy Lawns of Greenwich. He was an avid outdoorsman who enjoyed boating, fishing and shooting. He was a member of the Mianus River Boat and Yacht Club, Cos Cob Yacht Club, Cos Cob Revolver & Rifle Club, and the Ansonia Rod & Gun Club.

His greatest passion was his family. In addition to his wife of 60 years, Angela, he is survived by his children and their families; Lisa (Robert) Smith of Danbury and Heidi (Brian) Hoffmann of Lunenburg, MA. He is also survived by his grandchildren Melissa, Michael & Matthew Smith and Erica & Steven Hoffmann. He also leaves 3 great-grandchildren and many nieces, nephews, & cousins. In addition to his parents he was predeceased by his sister Joan Hutson.

Friends and family may visit at the Castiglione Funeral Home, 544 Old Post Rd #3 Greenwich, CT on Sunday from 2-5PM, a service will be held in the funeral home at 5PM. Interment will be private. In lieu of flowers, memorial donations may be made to Memorial Sloan Kettering or the American Cancer Society. Share a memory of Erich at www.castiglionefh.com
Read Less

We encourage you to share your most beloved memories of Erich here, so that the family and other loved ones can always see it. You can upload cherished photographs, or share your favorite stories, and can even comment on those shared by others.

From the teamster horseman, Aunt Linda Calka, and others have sent flowers to the family of Erich Carl Peter.
Show you care by sending flowers

From the teamster horseman

From the teamster horseman purchased flowers for the family of Erich Peter. Send Flowers

Flowers were purchased for the family of Erich Peter. Send Flowers

Posted Sep 13, 2019 at 11:30am
Please accept our most heartfelt sympathies for your loss... Our thoughts are with you and your family during this difficult time. 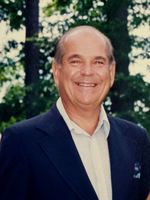