To share your memory on the wall of Anthony Muskus, sign in using one of the following options:

Provide comfort for the family of Anthony Muskus with a meaningful gesture of sympathy.

Print
Anthony William Muskus, aka Dubby to his family and friends, resident of Greenwich, CT went to be with the Lord on January 1, 2020 at the age of 95 after a brief residence at the NYS Veterans Home in Montrose, NY.

Mr. Muskus' parents c... Read More
Anthony William Muskus, aka Dubby to his family and friends, resident of Greenwich, CT went to be with the Lord on January 1, 2020 at the age of 95 after a brief residence at the NYS Veterans Home in Montrose, NY.

Mr. Muskus' parents came to live in Greenwich, CT in 1905 and raised 7 children. At the age of 17, Mr. Muskus enlisted in the US Navy. He married his sweetheart, Inga Thorenz in 1948, raised two daughters and spent many years traveling later in life until Inga's death in 2006. Prior to retiring from the U.S. Navy, he spent six years in Seaplane Squadrons as an U S. Navy Aviation Mechanist Mate. The first two and a half years in the Caribbean on the hunt for German submarines. the remaining half was in the Pacific looking for any pilot who fell in the ocean or someone who was sick on a ship.

Throughout the years he was honored with many awards but the most recent was The Covey Cup Foundation Certificate of Appreciation for his service in World War II. He worked for many years at Barnes Engineering in Stamford, CT, as an Electronic Engineer. His hobbies were playing golf, bowling, making airplane models, watching Jeopardy, and telling his war stories to family, friends and all who met him. Mr. Muskus was a very kind, caring and helpful person who touched the hearts of everyone.

Mr. Muskus, loving father, is survived by his two daughters, Lynn Sawyer and Donna DiPietro, his son-in-law Peter DiPietro, and attentive grandfather of Daniel DiPietro. He was a devoted son, father, brother and friend. He was truly loved and will be missed until we meet again in heaven.
Read Less

To send flowers to the family or plant a tree in memory of Anthony William Muskus, please visit our Heartfelt Sympathies Store.

We encourage you to share your most beloved memories of Anthony here, so that the family and other loved ones can always see it. You can upload cherished photographs, or share your favorite stories, and can even comment on those shared by others.

Posted Jan 05, 2020 at 01:55pm
Anthony, your service during the second world war gave us freedom. You returned home to build and mold this land into the most beautiful and wonderful country it is today. You and your brothers and sisters of the "Greatest Generation" have shown us who we are....... We are America!
On behalf of the American Legion post 196 Milford we thank you for your service and may God bless you.......

Posted Jan 04, 2020 at 09:19am
With respect and gratitude, I was privileged and honored to call Anthony Muskus, "Grandpa" for the last 16 years. A very kind, loving, thoughtful soul. Always looked forward to hearing his war stories and childhood memories. HIs eyes would light up as he recalled every detail. What a life he must have lived. I know he is at peace now in heaven reunited with family and friends. I will miss you Grandpa. 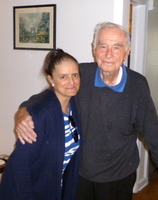