To share your memory on the wall of William Jarrett, sign in using one of the following options:

To send flowers to the family or plant a tree in memory of William Richard Jarrett, please visit our Heartfelt Sympathies Store.

We encourage you to share your most beloved memories of William here, so that the family and other loved ones can always see it. You can upload cherished photographs, or share your favorite stories, and can even comment on those shared by others.

Flowers were purchased and a memorial tree planted for the family of William Jarrett. Send Flowers

Posted Feb 20, 2020 at 08:08am
Bill and I became friends during his time at Roxbury school. During his time there we did a lot together as friends and to benefit the We meet at Roxbury School where we did a lot for the Roxbury school community . I most remember the work we did on the playgrounds and building renovation.I encountered him recently at Long Ridge after too many years . I was happy to share a few more moments with a guy with a big heart and a work ethic to provide for family and friends. May he rest in peace
Jim Stuart

Posted Feb 18, 2020 at 04:46pm
Dear Chrisy, David and family
We are so sorry for your loss. God Bless You! All!
Your dad was a wonderful man!
Love, Aunt Marie, Uncle Matt, Joe and Debbie!

Sorry for your loss and our thoughts and prayers are with all of you. 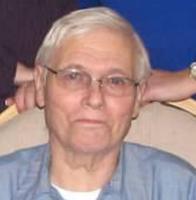 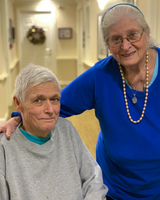