To share your memory on the wall of Ruurd Leegstra, sign in using one of the following options:

The Life Of: Ruurd was born in Amsterdam, Holland, and with his family emigrated to the United States in 1945. His parents had both been active in the Dutch Resistance to the German occupation, and in later years, Ruurd with the help of a good friend was able to have his mother recognized by Jad Vachem for her heroic act of hiding a Jewish child in her home. This recognition for Ruurd was extremely important, and he received this posthumous award for his mother, making his acceptance speech in Dutch. Ruurd “grew up” in Rye, New York, and attended Rye public schools. He became a Naturalized Citizen in 1956. Duke University was his next stop and after four years, he entered the US Navy as an Ensign. The Vietnam War was in full battle, and he like many other men served for three and a half years. In 1964, he married Elaine Ricci in Rye, New York. They met in high school. Following his Honorable Discharge as a Lieutenant Junior Grade, in January of 1973, he attended St. John’s Law School on the GI Bill and received a law degree. He never practiced law, but passed the CPA Exam as well, and in 1978 was admitted to Coopers and Lybrand as a tax specialist. He would achieve Partnership with Coopers and later be admitted as a Partner with Price Waterhouse. His position was to establish a State and Local Tax Practice. He and Elaine moved to Greenwich and have resided there since 1984. In 2000, his professional career with Price Waterhouse Coopers (now merged) ended with mandatory retirement at age 60 for all partners. The interim period was filled with volunteering, (Meals on Wheels, Red Baron Greenwich Hospital), enjoying his boating experiences at Riverside Yacht Club and traveling. He loved to cook and with Elaine attended “cooking school” in Italy, indulged his passion for collecting stamps, coins, books and serving on the board of Westchester Country Club in Harrison, NY. He also served on the Board of Silverhill Hospital in New Canaan, CT. His second career presented itself in 2003 when he was invited to become the Chief Financial Officer at the hospital. He served until 2015. During this time, the hospital was renovated, upgraded and enhanced by the addition of more programs. It is a full service and independent psychiatric hospital. In 2015, his life changed when he received a diagnosis that indicated the onset of dementia. Still making an effort to remain active, he “worked out” three days a week, traveled when he could and attended the Horseneck Club or the Nutmegger Club when he could, During this period, the devotion of good friends allowed him to attend these gatherings because he could no longer drive. Those faithful friends drove him to and from those weekly lunches and dinners and assured him that he still had a place in the world. Having been a student, sailor, reader, collector and husband for all those years, the rapid onset of a rare disease interrupted his health a month ago. “Good Pasture” is an auto-immune condition which attacked his system, and he died in Greenwich Hospital. The superb care he received and the efforts made in an attempt to extend his life ended on Monday, February 17, 2020. A funeral mass is planned for Saturday, February 22, 2020 at 10:00 A.M. at St. Catherine Church, Riverside CT. Burial will follow in the family plot at Putnam Cemetery and a reception will follow for family and friends at Riverside Yacht Club. Elaine wishes to thank all those who were able to help Ruurd achieve his life goals and enjoy himself in life itself. In lieu of flowers, please make a donation to charities that benefit veterans. To leave an online condolence please visit www.castiglionefh.com
Read Less

To send flowers to the family or plant a tree in memory of Ruurd Gerben Leegstra, please visit our Heartfelt Sympathies Store.

We encourage you to share your most beloved memories of Ruurd here, so that the family and other loved ones can always see it. You can upload cherished photographs, or share your favorite stories, and can even comment on those shared by others.

Karen and Paul Varbaro sent flowers to the family of Ruurd Gerben Leegstra.
Show you care by sending flowers

Posted Mar 06, 2020 at 01:49pm
I was saddened to learn of Ruurd’s passing. I hope it helps in some small way that his colleagues have you and your family in our thoughts and prayers at this time.

I had the great pleasure of working in the PwC MTC, later STC, practice created by Ruurd. He had such a great passion for state and local tax and the people who shared his passion in that area. He was a great leader and mentor to all of us who worked for him. One of the highlights of my career was to have Ruurd fly to Portland, Oregon and join me and Ginny Gates to work on a local client. Ruurd was quite an inspiration and we are all better for having known and shared life with him.
Comment Share
Share via:
G

Posted Feb 21, 2020 at 05:35pm
I was a client of Ruurd’s in the early 80’s and later became one of his employees when I joined the PW MTC practice in the Bay Area in 1987. Ruurd was a mentor, a friend, a leader and an inspiration to me and countless others. He was always willing to share his opinions and advice, especially during late nights at our national training sessions. Peace and prayers to his family and friends. Ginny Gates
Comment Share
Share via:
PH

Posted Feb 21, 2020 at 01:51pm
Dear Elaine,
It's been a long time. Mimi joins me in sending our condolences to you and your Family. Ruurd, as you well know, was a talented and unique individual, as well as a true professional. It was a pleasurer and a privilege to work with him in New York City so many years ago. The wonderful things he accomplished in your community are a true testament to the wonderful person he was.
We send our prayers and sympathy to you and those you love, for your loss.
Pete Hart
Comment Share
Share via:
CC

Posted Feb 20, 2020 at 11:55pm
Elaine and family,
I was so saddened to hear of Ruurd’s passing. He was so instrumental in my career in MTC/SALT. He was so brilliant and always there when I had a tough question. Probably the funniest story, I have about Ruurd was when he flew to Dallas to travel to Lubbock, Tx to meet with a client. There were three of us traveling together on Southwest. Ruurd had never flown on SWA and when they announced boarding everyone stood up and faced the wall. He was flabbergasted that there were no assigned seats and that the walls opened to reveal a door. I believe they called it a cattle call. Needless to say, I am not sure that he ever flew it again. My thoughts and prayers are with you and the family. Carol Calkins
Comment Share
Share via: 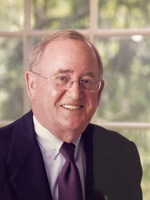