To share your memory on the wall of Janet Vojt, sign in using one of the following options:

Her most important role however was as mother, grandmother and great grandmother. Affectionately known to everyone as “Mama” she encompassed all that a grandmother had to offer. Shuttling her three grand children to extra curricular’s and attending every concert and activity they were involved in was the norm. Her love for them was immeasurable and it showed in her every day presence in their lives.

Janet is also great grandmother to Eliza and Isabelle Cornelius. The special bond she formed with “her girls” was in itself a rare and cherished accomplishment.

Mama’s favorite place was always the lake house on Candlewood Lake and it is a love she has passed down to each generation. She also loved painting, gardening and her love of animals.

She was predeceased by her husband George Vojt, and grandson-in-law Joseph J. Cornelius.

She is survived by her daughter Georgianne Ingraham (Danny), grandchildren Ali Cornelius, Daniel and Gillian (Greg) and great grandchildren Eliza and Isabelle. She is also survived by her brother Roger (Lucy) Post and sister-in-law Millie Vojt and many nieces, nephews, and extended family.

We encourage you to share your most beloved memories of Janet here, so that the family and other loved ones can always see it. You can upload cherished photographs, or share your favorite stories, and can even comment on those shared by others.

Flowers were purchased for the family of Janet Vojt.

Posted Mar 05, 2020 at 03:02pm
With our love and sympathy. The Warzoha Family Dan, Diane, Stephen, Daniel, Kathryn, Gavin and Layla

The Warzoha Family purchased flowers for the family of Janet Vojt.

Posted Mar 05, 2020 at 06:24am
Wishing you peace to bring comfort, courage to face the days ahead and loving memories to forever hold in your hearts.

The Dillon Family purchased flowers and planted a memorial tree for the family of Janet Vojt. 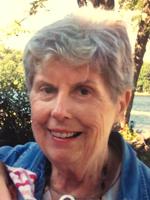