To share your memory on the wall of Theresa Bologna, sign in using one of the following options:

To send flowers to the family or plant a tree in memory of Theresa A. Bologna, please visit our Heartfelt Sympathies Store.

We encourage you to share your most beloved memories of Theresa here, so that the family and other loved ones can always see it. You can upload cherished photographs, or share your favorite stories, and can even comment on those shared by others.

Posted Apr 09, 2020 at 02:04pm
To the Family of Dear Tess, I wish to extend to Tess' family prayers at this difficult time. I knew Tess for a year at Hill House and she was one amazing woman. Tess became a special friend to "KC" (Kerrin Coyle) my friend who lived at HH for one year. Each time I visited ,Tess always had a smile on her face and a caring word for "KC" and myself. Tess was and always will be a very special lady. And small world that it is, we realized I knew her sister Virgina very well and we both chuckled when I mentioned Virginia's GREEN MARCHIAN CAKE that my family loved. Tess touched the hearts and lives of all who were fortunate to know her. My she and "KC" celebrate their friendship and love for each other in the glorious clouds of Heaven.
With Happy memories and prayers, Carole Prangley-McIvor
Comment Share
Share via:
BE

Posted Apr 07, 2020 at 11:02am
On behalf of the Garden Therapy Committee of the Garden Club of Old Greenwich, I wish to extend our sympathy on the passing of our longtime friend, Tess, to all her extended family. Tess attended all our flower related programs - Fall Pumpkins filled with flowers, Christmas decorations, Bulb Forcing and Spring decorations - wreaths, sprays, small bouquets. Her sunny disposition and wise counsel will be missed. I have organized our Programs at Hill House for over 15 years and knew Tess for the whole time she lived at Hill House.
I am sure her bright spirit and optimism will live on in all of you, her beloved family.
Sincerely,
Beth Eaton-Koch
Garden Club of Old Greenwich 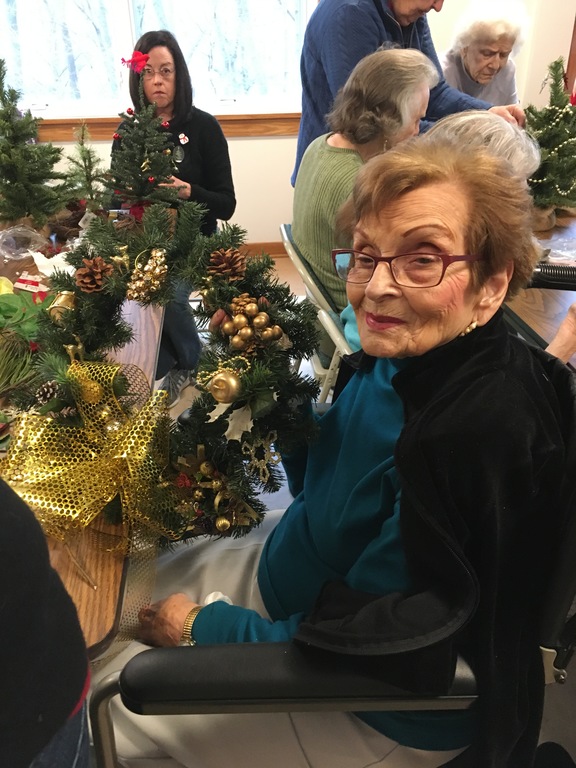 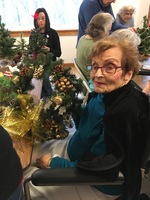