To share your memory on the wall of John O\'Leary, sign in using one of the following options:

A receipt has been emailed to the address provided. A receipt may also be printed.

heart, rose with the sun, enjoyed watching and discussing sports, and was never
late a day in his life. He will be greatly missed by all he touched.
He was preceded in death by his parents Elizabeth and James V. O’Leary, brother,
James V. O’Leary, Jr., sister Elizabeth Meany and his many, beloved German
Shepherds. He is survived by the love of his life, Loretta S. O’Leary, brother
Michael O’Leary of County Donegal, Ireland, children Richard Kerr, Jill (Kirk)
Kinnear, Susan (Stewart) Durrell, Jennifer Kerr, niece Mary Meany, nephews
James (Ann) Meany and Bernard (Scarlett) Meany, and grandchildren Kyle, Katii,
Kristen, James, Kerrin and Konnor.
In lieu of flowers, donations may be made to the Semper Fi Fund or a charity of
your choice.
There will be a private service for immediate family only and a Celebration of Life
will be held at a later date for John’s extended family and many friends.
Semper Fi Fund
https://www.charitynavigator.org/index.cfm?bay=search.summary&orgid=11708
Read Less

To send flowers to the family or plant a tree in memory of John F. O'Leary, please visit our Heartfelt Sympathies Store.

There are no events scheduled. You can still show your support by sending flowers directly to the family, or planting a memorial tree in memory of John F. O'Leary.
Visit the Heartfelt Sympathies Store

We encourage you to share your most beloved memories of John here, so that the family and other loved ones can always see it. You can upload cherished photographs, or share your favorite stories, and can even comment on those shared by others. 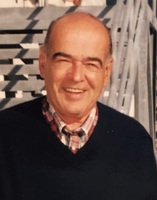 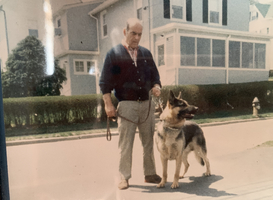